HomeArticlesLEARN EVERYTHING ABOUT DECANTING WINE, WHEN HOW AND WHY TO DECANT WINE 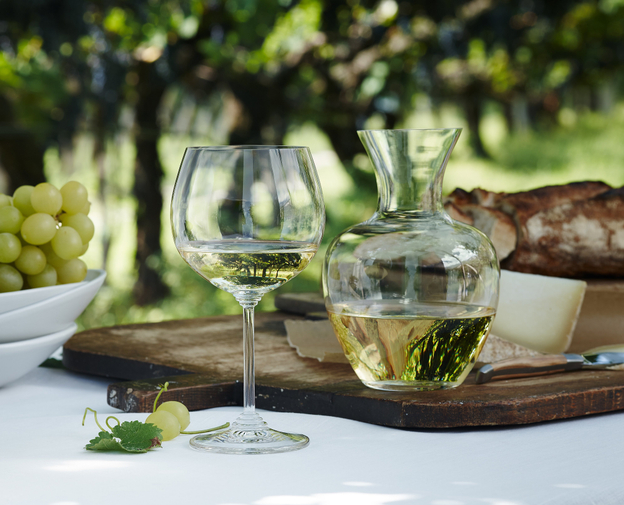 LEARN EVERYTHING ABOUT DECANTING WINE, WHEN HOW AND WHY TO DECANT WINE

To Decant or Not to Decant Wine, that is the question.

Decanting wine is a popular tool in every wine lovers arsenal, when it comes to wine tasting. Decanting wine can improve the tasting experience. It can also ruin a wine. It’s important to look at the specific wine and the type of decanting being utilized to decide on the best course of action.

Decanting can be helpful for Bordeaux wine, California or Rhone wine as well as wine from every region. But it can also be harmful as well. Much of that is easily determined by the vintage, producer, grape variety, age and condition of the wine.

There are several schools of thought when it comes to decanting wine. Some people decant every wine for hours. Others like decanting wine to remove sediment and some tasters decant hoping to wake up or soften a wine. Wines feel softer because the act of decanting, which adds oxygen to the wine reduces the sensation of the natural acids and polyphenols that create the tannins in the wine.

To make this even more interesting, there is double decanting! What method of decanting works best, depends on the wine and your desired results. Decanting wine works on the principal of Brownian motion which is based on knowledge that the random movement or drifting of particles suspended in a fluid, (wine in this case) has an effect on the texture and aromatics present in a wine.

Decanting by removing the cork

Very little happens just by pulling the cork. Using simple laws of physics, (or at least attempting to) it is the action of the decanting wine that causes most of the effects to take place. The movement of the wine allowing air to mix with the liquid begins the chemical process. That is what takes place when decanting wine.

Simply opening a bottle has little effect, due to the slow movement of the molecules to bring about changed in the wine. Please note, I said little effect. It is the movement that takes place during the exposure to air that starts the reactive process within the wine.

The speed and extent of the changes that occur in the wine after decanting is determined by numerous factors, including the chemicals and structure found in the wine, the temperature of the wine and the size of the decanter as well as the vintage characteristics and the grape variety.

The exact chemical composition depends upon a myriad of choices ranging from varietal types, age, storage conditions, additives etc. The decanting process is retarded or accelerated by the volume of air the wine is exposed to when decanting wine.

Exposure to air starts a reactive process within the wine that runs on a schedule determined in part, by the chemicals within the wine. The exact chemical composition depends upon the grape varietal, age of the wine, storage conditions, additives etc.

Removing the cork, but leaving the wine in the bottle also begins the process, but at a very slow rate. This is not recommended as a way to decant wine.

The rate at which the changes take place when only the cork is removed is so slow, that chances are, by the time the wine in the bottom of the bottle has completed its evolutionary process, the wine in the neck could have oxidized.

The chemical chain reactive process known as decanting begins once the wine is initially exposed to air during the movement of the wine during decanting wine process. The chemical changes taking place can go faster or slower, depending on how much surface air the wine is exposed to, I.E., the size of the decanter or glass.

You also need to factor in the specific chemicals in the wine which vary according to the age, grape varietal, vintage and even the style of wine making. The temperature of the wine can alter the speed of the decanting wine process as well. More oxygen enters the wine speeding up the process when the wine is cold, rather than when it’s warm.

What wines are helped the most by decanting? Even that simple question is hotly debated. Some tasters prefer to decant Cabernet Sauvignon, Champagne, Chardonnay, Sauternes/Barsac or Pinot Noir.

Others only decant older wine. I have friends that decant every wine, regardless of the age, style or variety. Personally, I decant all young, tannic wines. The exposure to air softens the texture.

The length of decantation time varies, depending on the wine. For most young, tannic wines, 2-3 hours is adequate. Extreme decanting of 6, 8, 10 or 12 hours will make the wine softer. But this is not a good idea as that is almost always to the detriment of the wine. Extended decanting wine can kill the aromatic properties of a wine.

Remember, you can always let a wine continue to evolve slowly in your glass or decanter. Once a wine is over decanted, you can never bring it back. You have effectively killed the wine. It’s good to check in on a wine that you’re giving an extended decanting to.

Decanting wine that is older can be a good idea. It is the perfect method for removing sediment. In wines that have aged or matured, it is common for sediment to have collected in the bottle. Sediment is a natural part of aging wine.

Depending on the wine, it can look like either fine grains of sand, or large, unsightly chunks of dark matter. Sediment is created by the natural chemical changes that occur with time. Sediment is not harmful, however, it leaves a bitter taste. Thus, it’s best to either remove it with decanting, or make sure very little is poured into your glass.

The act of decanting the wine prior to service removes the sediment, giving the taster a cleaner wine. That being said, if you have the time, the best way to ensure sediment does not get into your glass is to leave the wine bottle standing upright for a few days prior to service and to pour it slowly.

In fact, the famous, Bordeaux, Oenologist, Professor and author, Emile Peynaud believed decanting wine for the purpose of allowing a wine to breathe offered no benefit and could be harmful to the wine.

Friends of mine believe the violent introduction of air to a wine, (known as hyper decanting), by the use of a blender is helpful. I do not agree. It disturbs the wine, adding far too much air, in such a short period of time. However, depending on the wine, the action of gently passing the wine from decanter to decanter can help the wine open at a quicker pace.

Can the act of removing a cork, or decanting wine bring a moribund wine back to life? Unless you’re Jesus bringing Lazarus back to life, no form of decanting can resuscitate a dead wine. A dead wine is dead wine because it’s dead. Wine is a living entity with a life span that varies depending on the type of wine, the vintage, how it was stored and even the size of the bottle.

Decanting is not going to remove the taste or smell of a corked wine. In my experience, neither does dropping Saran Wrap into your glass of corked wine. Saran Wrap does seem to remove some of the corked odor, however, it also allows your wine to taste like plastic. Neither is good alternative.

To decant or not to decant remains the question. There is no right or wrong answer. Like wine, decanting wine is all about personal taste.

previousnext
× How can we help you?